Inspire was named after Jim Cavill, a former sportsman, entrepreneur and visionary of the Gold Coast. He was coined ‘Mr Surfers Paradise’ for his love of the coast, his grit in winning a swimming race across the English Channel and his investment of the prize money in the building of the Paradise Hotel.Inspire is a twelve-story development less than 200m from the Broadwater with amazing views of the beach and the coast Jim Cavil loved. 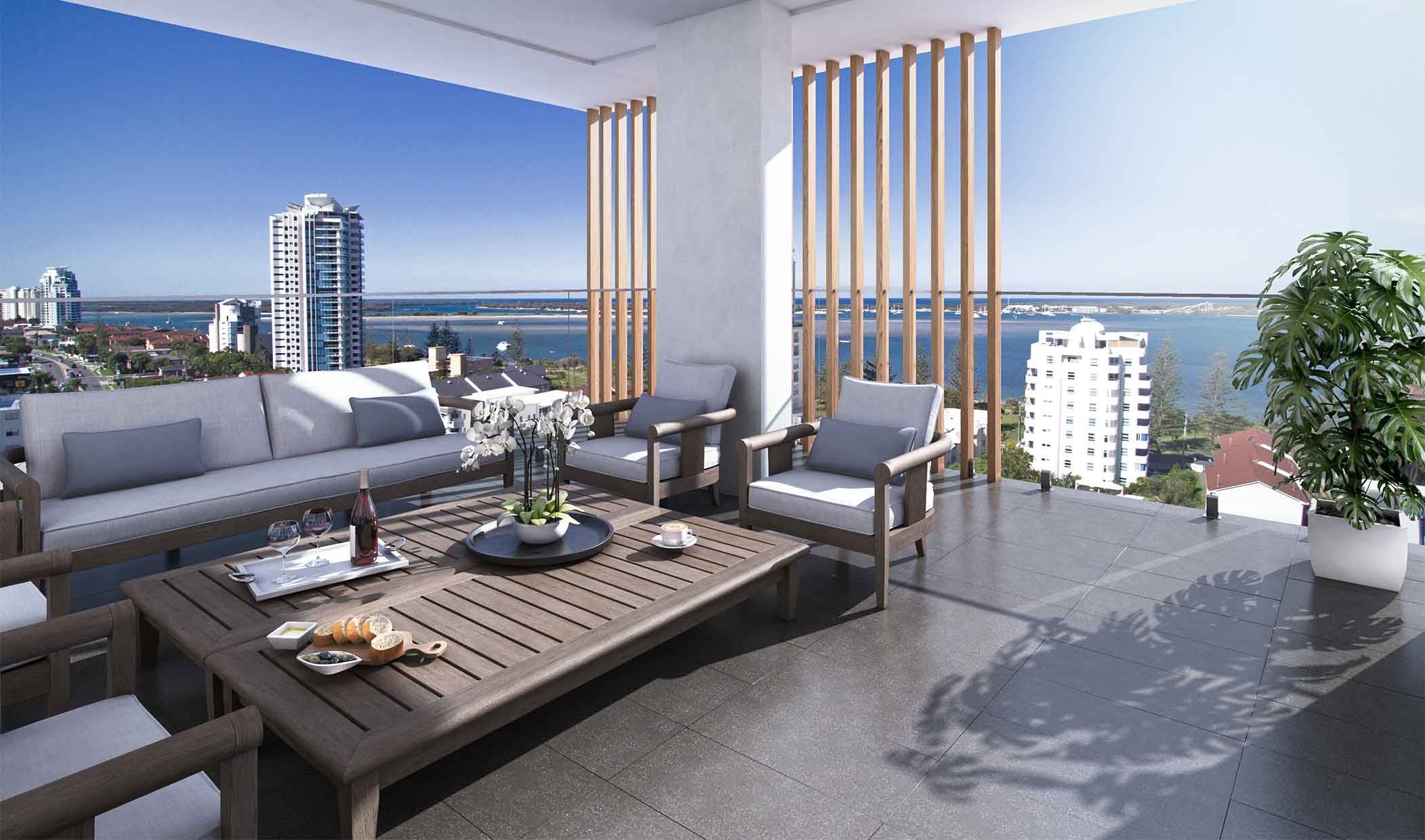 The design objective was to acknowledge an urban influenced environment along the coastal region, with a building facade that is layered and articulated to create a sophisticated approach to shape, form and size of the building. The residential tower is on the podium level on top of a retail precinct. Large common recreational areas are provided for residents with facilities including a gymnasium, common barbeque area and swimming pool. The design aims to conceal carparking and service areas to create an attractive activated street interface on all street frontages.

The site for Inspire was formerly, Cav’s Steakhouse; an iconic destination where generations of residents came to share time with friends and family. Inspire is now the centre point of Broadwater community interaction and an inspiration for future generations.